” I take advantage of my sermons to talk about unexploded ordnance “

Joselito Remedios, 54, is a pastor and an explosive ordnance risk education provider. For the past year, he has been a member of the Fondation suisse de déminage (FSD)’s volunteer team in the Philippines.

High up in the religious hierarchy in western Mindanao, he takes advantage of his visits to the various religious congregations to deliver prevention messages: « I have received complete training from FSD on the various explosive devices found in the region and on the most effective methods for raising awareness of this danger in the communities. » 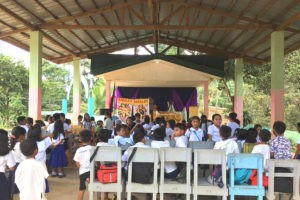 The southwestern Philippines has been torn apart for decades by violent fighting between various separatist groups and government forces. A peace process is underway, but the region remains littered with landmines and unexploded ordnance. In 2021, FSD recorded 47 victims of accidental explosions. Twenty-two died from their injuries, including two young boys. The presence of unexploded ordnance is not limited to fighting areas: due to frequent landslides and flooding, it is found everywhere. 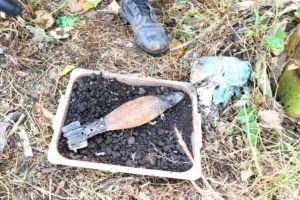 The EORE (explosive ordnance risk education) volunteers like Pastor Joselito Remedios do not hesitate to make long journeys, sometimes hours of walking and boating, to reach remote villages: they know that their work has already saved lives. Last December, a man found some unusual objects on his land while harvesting bananas. “Thanks to the awareness session he had attended, he immediately realised that they were dangerous mortar shells and reacted appropriately: he stayed away and called the explosive ordnance disposal team, who came to neutralise the item”.
‍

Joselito Remedios was not recruited by FSD by chance: “We mainly choose influencers, people who are already active with large audience and are popular with the population”, explains Namra Bagundang, head of FSD’s mine risk education unit in the Philippines, and trainer of the volunteers. “Our main challenge is to reach the maximum number of people, as well as to adjust the way we address people according to the context, taking into account their cultures and beliefs, in order to raise awareness in an effective way. For example, we realised that in some communities, there is a belief that people wearing an amulet cannot be hurt by ammunition ! In this respect, having volunteers who know each context, and who have a wide network, helps us enormously. FSD has more than 100 volunteers, including many teachers, employees from civil society organizations, social workers and religious figures”. 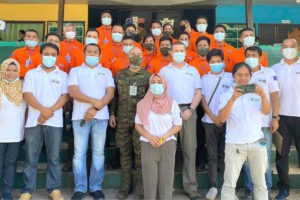 Namra Bagundang recalls the fighting that forced her family to flee their village for a few days when she was six years old. “At the time, there was little awareness of the danger of unexploded ordnance, and we returned home without knowing how to protect ourselves. Today, FSD is trying to raise awareness of the problem among all displaced people before they go home. As the mother of a three-year-old girl who will also have to learn to live with these dangerous remnants of war, Namra has taken the initiative: “I have already shown her pictures of the explosive devices she could be confronted with. For the moment, she can mostly tell the colours.

Other stories
We use cookies to enhance the user experience on our websites. By continuing to browse, you agree to our use of cookies and similar technologies.
COOKIES SETUPOK
Reviewing consent

This website uses cookies to enhance your experience when browsing the website. On these, the cookies classified as needed are stored on your browser as they are essential for the basic functionality of the website to work. We also use third-party cookies that help us analyze and understand how you use this website. These cookies will only be stored in your browser with your consent. You also have the option to opt out of these cookies. But opting out of some of these cookies may affect your browsing experience.
Advertisement
Advertisement cookies are used to provide visitors with relevant ads and marketing campaigns. These cookies track visitors across websites and collect information to provide customized ads.
Analytics
Analytical cookies are used to understand how visitors interact with the website. These cookies help provide information on metrics the number of visitors, bounce rate, traffic source, etc.
Functional
Functional cookies help to perform certain functionalities like sharing the content of the website on social media platforms, collect feedbacks, and other third-party features.
Necessary
Necessary cookies are absolutely essential for the website to function properly. These cookies ensure basic functionalities and security features of the website, anonymously.
Others
Other uncategorized cookies are those that are being analyzed and have not been classified into a category as yet.
Performance
Performance cookies are used to understand and analyze the key performance indexes of the website which helps in delivering a better user experience for the visitors.
SAVE & ACCEPT