Active in the country since 2014, FSD supports the ongoing peace process and conducts targeted development projects. 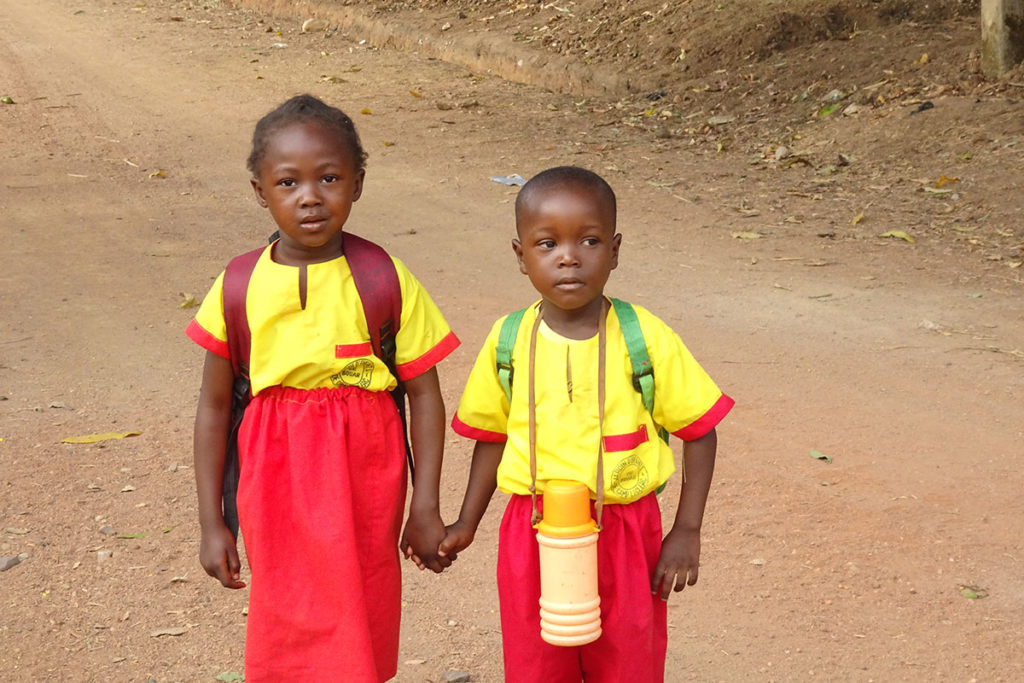 Those two children are on their way to the local school in Bouar. In the country, only half of the children finishes primary school (Central African Republic, 2019)

The Central African Republic has been through decades of violence and political unrest. Since the restart of the civil war in early 2013, one in four Central Africans has left his home. Poverty is endemic and the majority of the population has no access to essential services.

In 2019, a Peace Agreement was signed between the Central African state and the main armed groups in the country.

With this agreement, a process to reform the security sector and the process of demobilisation, demilitarisation and reintegration of former combatants was initiated with the support of the European Union.

The creation of special mixed security units, composed of members of the Central African armed forces and members of the different armed groups is part of the agreement. The implementation of measure to restore the authority of the State in all the country, still in major part controlled by rebel groups, is also part of this agreement.

The aim is to guarantee the stability of the country, the safety of the population, allow the return of internally displaced people and the improvement of living conditions.

Thanks to this disarmement project, I now have a job, I can build things. I would never put this aside to fight again.

former reble of an armed group

Trained to carpentry by FSD within the support to peace programme 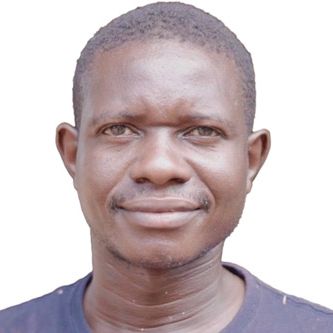 In CAR, FSD was mandated to help in the rehabilitation of governmental infrastructures and to reinforce the administrative capacities of the country.

In 2021, FSD completed the second phase of the rehabilitation of Camp Leclerc in Bouar, where the Central African security forces are now based with their families. The second town of the country Bouar, is located on the road connecting Cameroon to the capital Bangui. Ensuring state control in this region is therefore crucial to guarantee the supply of food and first necessities to the country. 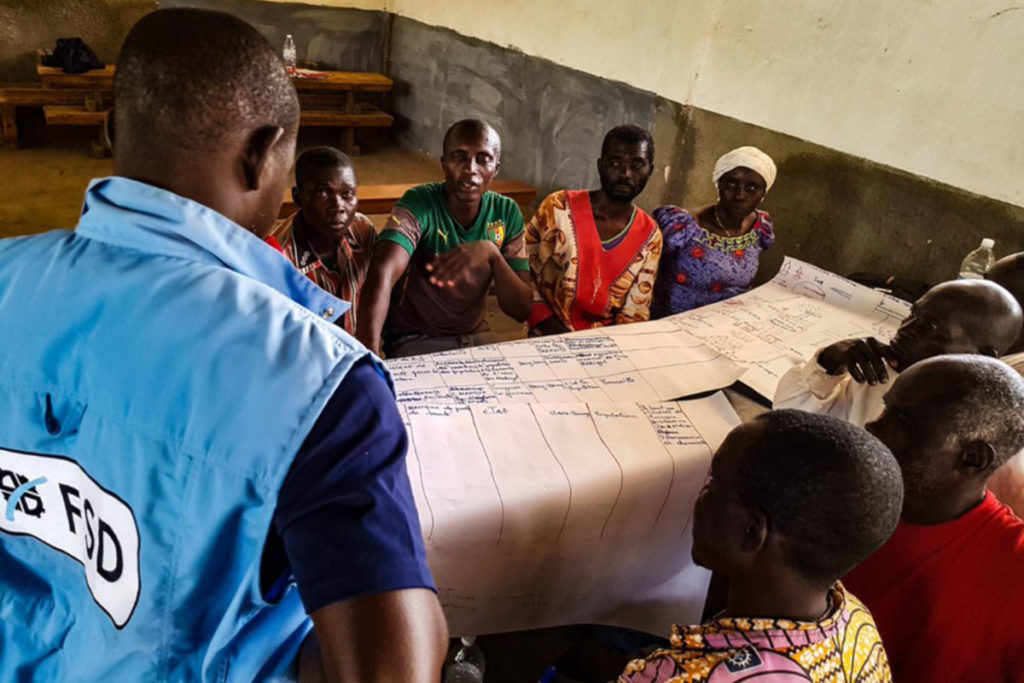 As part of the reintegration process of former rebel group members, FSD has built camps for the deployment of the Special Joint Security Units in Bouar, Poua and Ndele. The organisation has facilitated the secure payment of the monthly allowances agreed with the African Union and the European Union through a programme using biometric data verification. 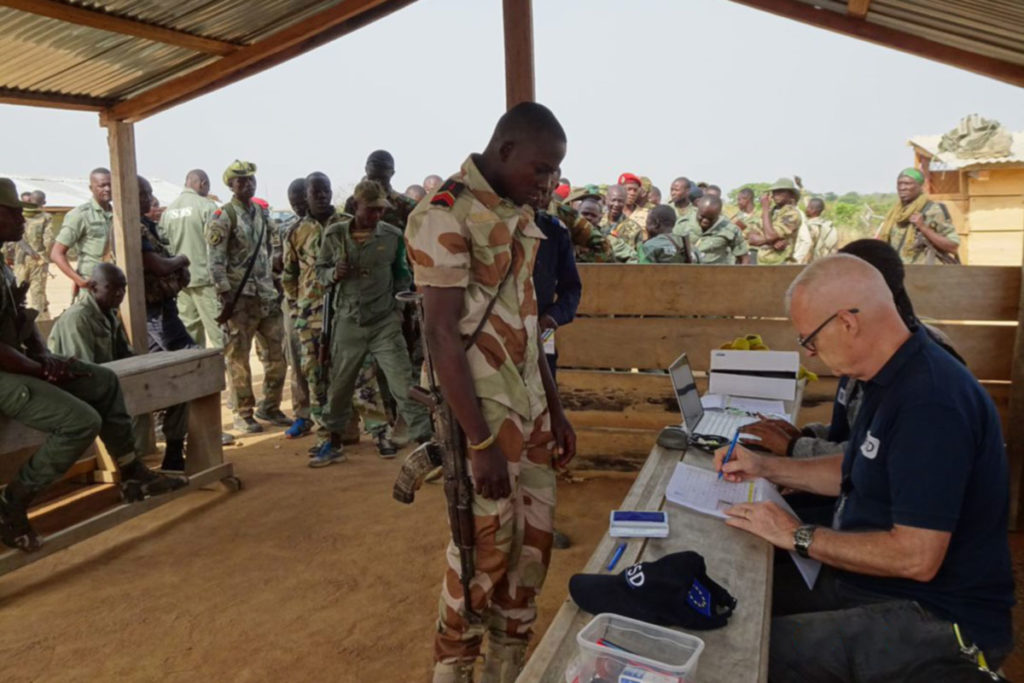 As part of its activities to support the peace process, FSD works in direct collaboration with local businesses and shops.

This contributes to the creation of jobs and provides a boost to the local economy. Professional training is also offered to those interested.

The manufacture of several items such as furniture, bedsheets and protective masks were for instance tasked to the local association of rural women of Bouar and the Londo Mo Louti centre, which helps to the reintegration of young women, isolated women or victims of domestic violence.

FSD uses it’s presence throughout the country to carry out socio-economic development activities. Preliminary assessments were conducted to evaluate the needs of the communities.

In 2021, the rehabilitation of local schools, kindergartens and orphanage began in Bangui and Bouar. FSD has also drilled wells and set up pumping systems to provide drinking water to the populations. 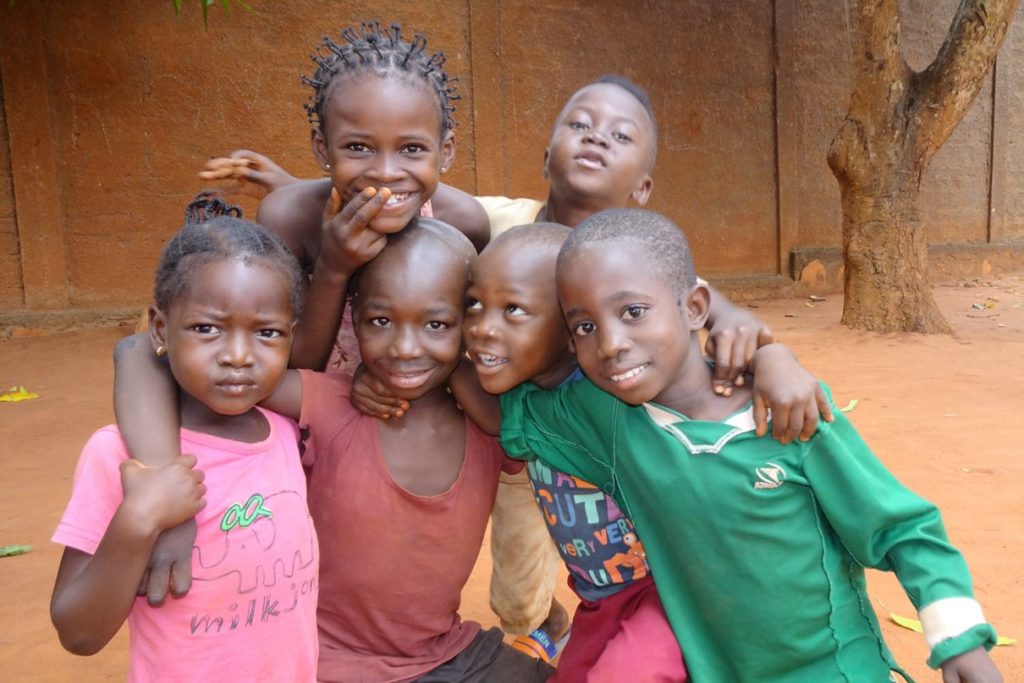 FSD in the Central African Republic

In 2014, while the country was in the midst of civil war, FSD first launched a small project to raise awareness of the dangers associated with handling weapons, ammunition or explosive remnants of war. The organisation was also involved in the recuperation, the identification and burial of bodies of victims of the conflict.

From 2015, as part of the European Union project, FSD gradually focused its efforts on activities aimed at restoring the authority of the state in the country. This includes assisting the organisation and administration of the Central African defense ministry, and the support of the deployment of new security forces in different regions of the country.

At the same time, FSD carries out community support activities within local communities. Measures aimed at creating jobs, improving access to drinking water, and promoting the empowerment of women are currently ongoing.

News from the Central African Republic 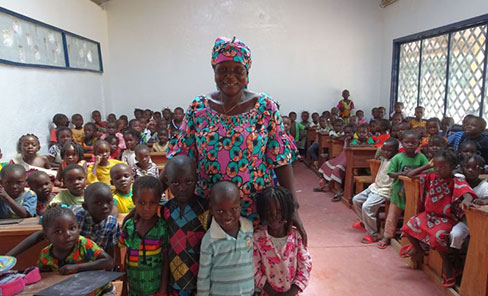 A brand new school in Bouar

In Camp Leclerc, FSD has carried out rehabilitation of the local public school […] a completely new facility has been built to accommodate hundreds of pre-school children.
More news on Facebook 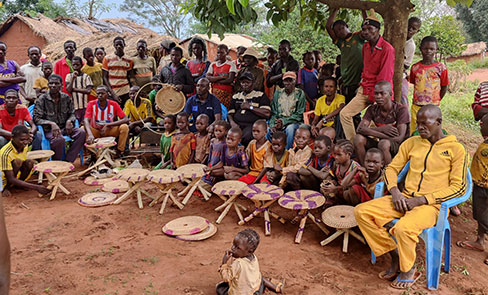 The inhabitants of the small village of Baoui, in the Central African Republic, have become specialists in the manufacture of small wicker furniture. FSD recently asked them to produce nearly 450 balambos […]
More news on instagram 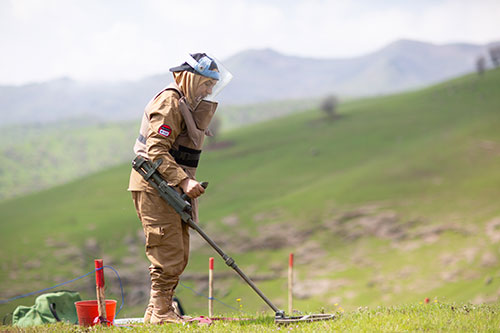