Located between Kiev and the Belarusian border, the province of Chernihiv was targeted in the early days of the conflict and was heavily shelled throughout March 2022. Hostilities have now ceased, but much of the province is destroyed and contaminated by remnants of explosive devices. As people of the province start to return to their homes, there is an urgent need to search the area to prevent tragic accidental explosions.

Given the magnitude and specificity of the demining needs, FSD has drastically increased the number of staff and adapted its strategy. “In order to maximise the efficiency and responsiveness of our action, we will deploy seven small mobile emergency teams, which will be working around Chernihiv province from August onwards,” explains Alex van Roy, Deputy Head of Operations for the FSD.

New staff members are currently being recruited from the local population. “Candidates don’t need to have previous demining experience; they just need to be reliable, thorough, and in good physical and mental health.” The recruits will start their demining training on Monday, 11 July. The training will be provided by seven international experts from FSD, who will each supervise a mobile team once the training is complete.

Four survey teams have also been set up to determine as precisely as possible the location and extent of the hazardous areas. “These emergency interventions are only the first step in clearing the country,” says Anthony Connell, FSD’s Programme Manager in Ukraine. The next step is to systematically clear former battlefields and contaminated agricultural areas, which may take several years.”

In the meantime, people have no choice but to learn to live with mines and unexploded or abandoned ammunition. Three FSD education teams are already visiting villages in Chernihiv province to teach women, men and children how to identify explosive devices in the area and how to stay safe when facing such an item.

“We are trying to reach as many people as possible every day, but we are facing a challenge that we did not anticipate, says Anthony Connell. People are reluctant to gather because they fear being targeted by missile strikes. We therefore conduct education sessions in small groups of three or four people.”

The situation in Chernihiv remains tense – air raid warning sirens sound almost daily. But demining cannot wait: according to the latest United Nations report, half of the displaced people have now returned to their homes and are trying to resume their lives amidst the rubble and dangerous remnants of war.

END_OF_DOCUMENT_TOKEN_TO_BE_REPLACED 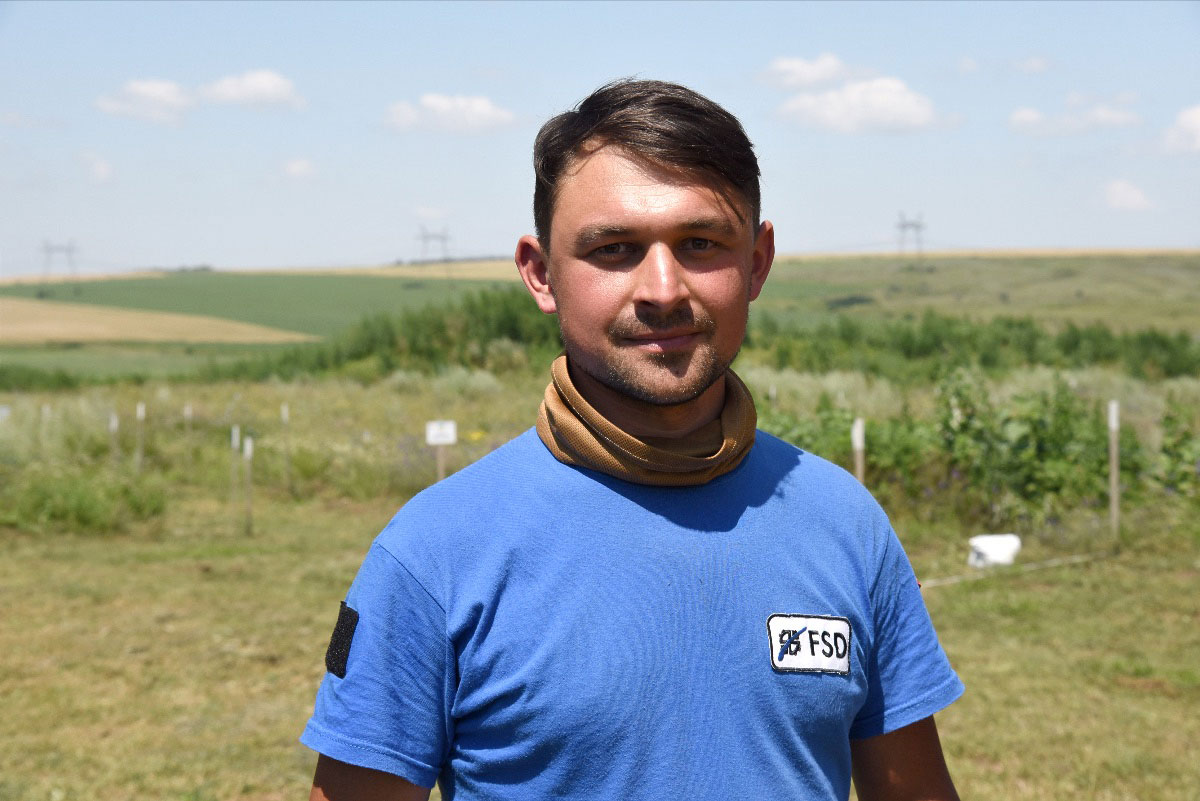 END_OF_DOCUMENT_TOKEN_TO_BE_REPLACED

END_OF_DOCUMENT_TOKEN_TO_BE_REPLACED
We use cookies on our website to give you the most relevant experience by remembering your preferences and repeat visits. By clicking “Accept All”, you consent to the use of ALL the cookies. However, you may visit "Cookie Settings" to provide a controlled consent.
Cookie SettingsAccept All
Manage consent